Should non-citizens be allowed to carry a concealed gun? 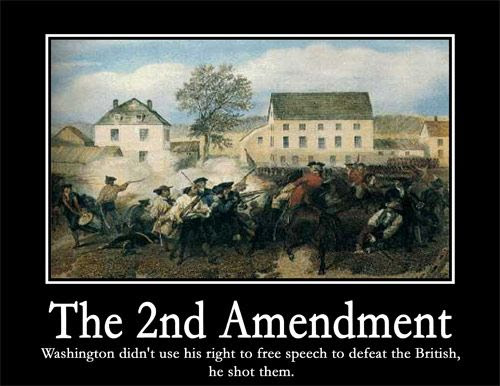 The Second Amendment Foundation has filed a federal lawsuit on behalf of a Canadian citizen who is a legal resident of Missouri, challenging that state's statutory prohibition on the carrying of concealed firearms by non-citizens.

The case seeks to overturn the state's non-citizen concealed carry ban on constitutional grounds, specifically the Second Amendment right to keep and bear arms, and the 14th Amendment's equal protection clause. The plaintiff is Edward F. Plastino, a Canadian citizen and Status Indian, based on his partial Chippewa heritage. He has lived primarily in this country since 1995, and in Missouri since 2006. SAF and Plastino are represented by attorneys Matthew Singer of St. Louis and David Sigale of Glen Ellyn, Ill.

"This is a case similar to our successful lawsuits against the City of Omaha and Washington State, and our current action in New Mexico, challenging local gun laws that discriminate against legal resident aliens," said SAF founder and Executive Vice President Alan Gottlieb. "Mister Plastino can legally carry a firearm openly in Missouri, but he cannot legally conceal a firearm for personal protection. That simply does not make sense."

Plastino was in Mississippi during Hurricane Katrina and its immediate aftermath, but his employer transferred him to St. Louis and then to St. Charles, Mo.

"Mr. Plastino would carry a concealed firearm for personal protection," Gottlieb said, "except that he realizes he could face prosecution, fine and imprisonment, and other repercussions because he is a non-citizen."

"Mr. Plastino has lived and worked in the United States for more than a decade," Gottlieb noted. "His case represents the plight of untold numbers of legal resident aliens who have demonstrated their willingness to be good members of their communities and abide by our laws. It seems only right to allow them the same protections as our citizens against people who do not abide by our laws."

What do you think, should he be allowed to carry a concealed weapon or should that right only apply to naturalized citizens?

For more posts please visit us at Barry Seward Presents.